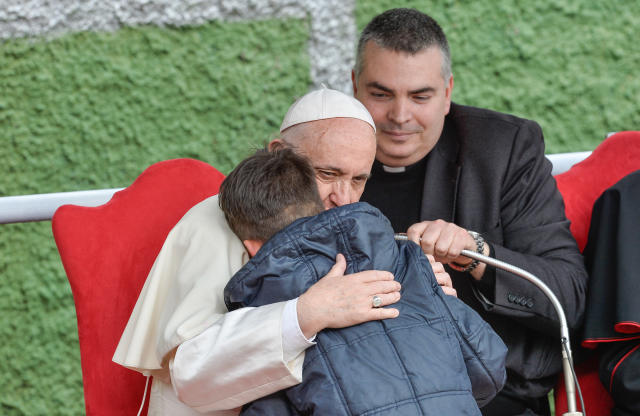 With tenderness, Emanuele needed to be told that if his father trusted in Jesus, then there is no question that he is with God this very moment.  He needed to be told that he too needs to look to Christ alone for hope and comfort during these difficult days.  Those would have been difficult words to hear if he fully comprehended their weight.  But, I would rather his tiny shoulders bear the weight of that grief so that he could find the capable and able shoulders of Jesus, on which he could place that grief and all of his sins.  Instead, he walked away feeling a little bit better for the moment, but set up for a lifetime of bearing the weight of his sins on his own growing, but forever too weak, frail shoulders.
Posted by JonathanRBrooks at 6:16 PM