I was given Laura Story's new cd Great God Who Saves this past Sunday and have really been enjoying listening to it. It's been good to be reminded that my God is mighty to save. 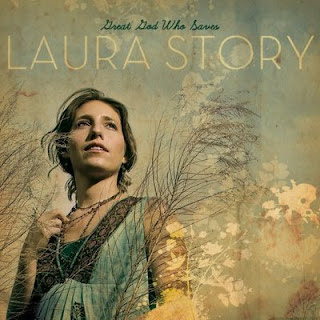 Let me begin this post by saying that I pray all will repent and come to a saving knowledge of Jesus Christ. That being said, I often come upon the misconception that those who are condemned to Hell will wish they had repented and trusted in Jesus. The reality is that they will hate Jesus more than ever and continue to rebel against him.

In Revelation 16 we see this concept repeated three times. As the angels pour out their bowls of wrath on non-believing sinners, demonstrating the power and wrath of God, "they cursed the name of God who had power over these plagues. They did not repent and give him glory" (16:9). This is repeated in verse 11 and verse 21. They curse God for the infliction he brings upon them. They don't wish they had trusted in Him, they hate Him.

Apart from the gracious work of Christ on the cross and the awakening power of the Holy Spirit that opens blind eyes, we would forever be enemies of God. Forever.

Hell will not be full of screams of regret, but of hatred. Their eternal punishment will be just.
Posted by JonathanRBrooks at 8:15 AM 1 comment:

Do Not Labor for the Food That Perishes

We are guilty of this on a daily basis. We are consumed with our temporal satisfaction and we work hard to get it. We schedule our days around our meals. We leave work in the middle of the day. We just stop what we are doing because of the hunger pangs of our stomach. We can’t stand the ache of not having food. Jesus says to us, “Love me like that.” You have a road trip planned and you know you have to get up early to get to where you’re going. It’s no struggle because your heart is full of the excitement of the day that awaits you. Jesus says to us, “Love me like that.” Maybe it’s Thursday night and your favorite TV show is coming on. You ensure that everything gets taken care of so you can sit down and watch the show. And, even if you don’t get the work done it can wait until later. Jesus is saying to us, “Love me like that.”
Posted by JonathanRBrooks at 11:58 PM 1 comment:

Okay, I know there's nothing shocking about that title. This has been the case for 2000 years now, but today's New York Times brings it to the table once again. The story calls the resurrection into question because a tablet with 87 lines of Hebrew on it seems to indicate that there was a tradition that the Jewish Messiah would die and be raised from the dead in three days. So, some are concluding that this in fact proves the resurrection of Jesus to be fabricated because Jesus and his followers were just trying to "fit the mold" of what the Messiah was to be.

The problem, of course, is that this reasoning negates the resurrection regardless of whether there was such tradition or not. If the resurrection occurred and there was no written tradition for such in Judaism, then he cannot be the Jewish Messiah. Instead, they claim this concept was developed later and written back in by the disciples. Now, they say, it can be proven that the tradition pre-dated the cross, but that simply means Jesus was trying to be something he wasn't. Instead of modifying their conclusions, they keep them, because they are already convinced such a resurrection is not possible.

There are few clearer examples of forcing the evidence to justify one's conclusions. A natural conclusion would be that this concept came from the OT Scriptures, though possibly misguided at times and misdirected (ie the Messiah being someone named Simon as the article indicates). Jesus himself said that Jonah's three days in the whale was a sign. So, there is OT precedent for a concept of three days.

I pray God will open their blinded eyes.
Posted by JonathanRBrooks at 11:34 PM 1 comment: