He's Only Sorry Because He Got Caught

He's only sorry because he got caught.

I hate that phrase.

Now, let me tell you why.


We don't get to decide the means God may use to open someone's eyes to their own sin.  Even the most introspective person has to admit they are blind to many of their struggles and sinful habits. Therefore, having a ray of sun cause the filth in our own hearts to be revealed is a good thing.

Sometimes it comes in the form of a soft and gentle morning light and we're able to begin dusting it away as we confess it to God before others see it.  But, other times, we "get caught" and walk into a spotlight in front of a crowd of people and it hurts.  They see the filth we never wanted them to see.   Our heads lower and shoulders slouch as we see the hurt, disgust, and astonishment in the eyes of the onlookers.  And, Lord willing, that causes us to begin to see our sin for what it really is,

As a result, we confess our sin to God (1 John 1:9) and to those we hurt (Matthew 5:24, James 5:16). But, maybe we hesitate because we're afraid they won't accept our remorse because it came through getting caught.

So, that puts the question back in the lap of the offended.  Are you willing to forgive someone who hurt you if their sorry happens as a result of getting caught?

Read 2 Samuel 11-12 and see when David's repentance occurs.  He repents because Nathan shines the spotlight into his soul.  He gets caught.  But, God accepts his repentance.

Remember, Colossians 3:13 calls us to forgive as we have been forgiven (bearing with one another and, if one has a complaint against another, forgiving each other; as the Lord has forgiven you, so you also must forgive).  God never withholds forgiveness because someone got caught.  He doesn't wait for them to prove they are contrite by going through a ritual.  He forgives because Jesus has already paid the price on the cross.

So, let's banish the phrase from Christian vocabulary.  No more "He's only sorry because he got caught."  Instead, let's make it, "Praise God this situation helped him see his sinful heart and brought him to repentance."
Posted by JonathanRBrooks at 4:02 PM No comments:

Can You Have Dinner with a Sinner?

Let's begin by giving the short and simple answer to that question: Yes.  You're a sinner and you eat.  But, with questions like this our minds normally go to different categories.  Sinners are "those people."  The people we categorize as extreme sinners and socially immoral.  Those are the ones Christians often shun, fearing that socializing will either be seen as approval or maybe even corrupting to their own morality.

"If anyone comes to you and does not bring this teaching, do not receive him into your house or give him any greeting, for whoever greets him takes part in his wicked works."

If this is what John means, then when have a problem because this is exactly what Jesus did in Luke 15.  The tax collectors and sinners drew near to him, he received them, and ate with them.  Which, of course, didn't sit well with the Pharisees.  They couldn't believe Jesus would share a meal with such wicked people, the worst of the worst in their eyes.  So, is 2 John 10-11 backing up the Pharisees' indignation about the actions of Jesus?  Or, is it referring to something else?

First, we know the Bible would not condemn that which Jesus did, therefore it can't mean that it's wrong to have dinner with the worst of sinners.  Jesus did.  (I preached on this here)

So, what does this passage mean and who are we to refuse to greet and receive into our house according to 2 John 10-11?

John Stott, in his commentary on 2 John, offers three facts to keep in mind when considering this passage:

1.  John is referring to the teachers of false doctrine, not merely to believers in it.
2.  John's instructions may refer to an official visit of false teachers that were being received with an official (ceremonial) welcome.  In other words, private hospitality would be a different matter.  To have dinner with them in your home would not be the same as sitting at the table of honor at a public banquet that was meant to welcome these false teachers.
3.  John is referring specifically to teachers who get the incarnation wrong, not false teachers of all kinds.

In other words, John's concern is gospel-centered.  Be careful not to be seen approving the doctrine of those who get the gospel wrong because eternity is at stake.  And, in the same way Jesus shows us in Luke 15 to spend time with sinners because eternity is at stake.  And, if one sinner comes to saving knowledge of the gospel through the time you invest with them, including dinners, then the angels throw a party in heaven, just like the father of the prodigal son.
Posted by JonathanRBrooks at 11:56 AM No comments:

What My 5 Year Old Accidentally Taught Me About Prayer 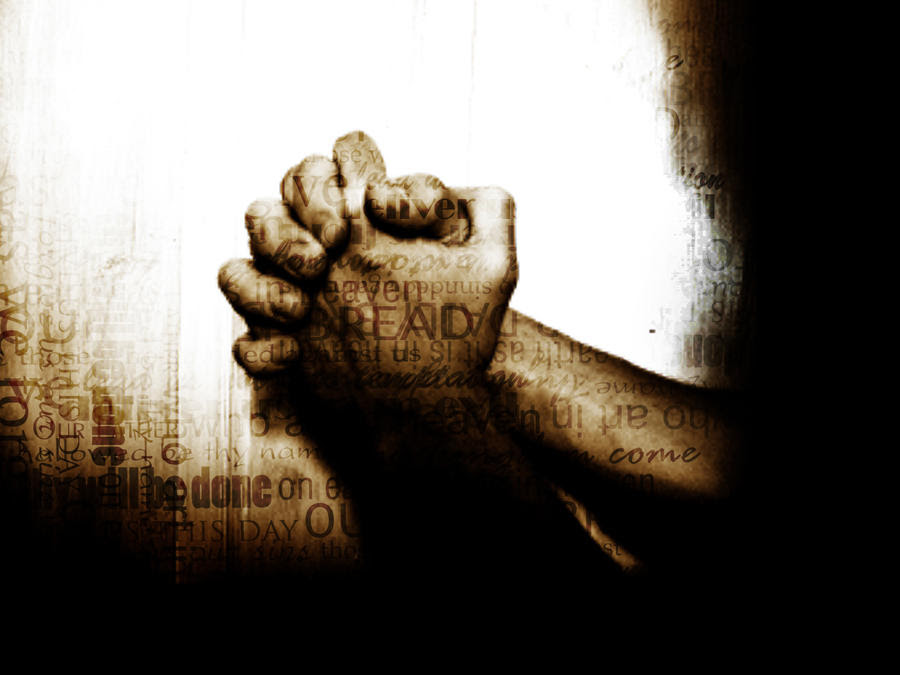 I love my 5 year old daughter. She is full of energy, loves to be silly, and loves to speak her mind. In fact, she loves to speak her mind so much, she rarely waits until the right time. My wife often enjoys having conversations with other adults after church. For a homeschool mom, that’s a precious time of adult conversation! But, without fail, our daughter will walk up, oblivious to the conversation at hand, and say “Mommy” at least 342 times until she gets her attention. Those calls of “Mommy” continue in the face of: “Just a second sweetie,” “I’m talking right now,” “Don’t interrupt,” “Wait your turn,” and on and on. But, she’s relentless until she says what she needs to say. I’m sure many of you have had similar experiences! That brings me to this past Sunday.
Each Sunday our church gathers at 9:45 am to pray together. We’re a church plant renting a school, so we meet in a classroom - the art room to be exact - for prayer. There are four large tables that we set up in a square and gather around to pray. We invite children (5 and up) to join us because we believe there’s value in them gathering with us, listening, learning how to pray, seeing God’s people pray together, and even praying out loud with us. So, my 5 year old, 8 year old, and 10 year old girls join me at the table each Sunday. (My wife graciously watches the younger children most Sundays.)

I strategically place my 5 year old next to me so I can try to keep her from distracting others. She, and the other children, do a great job most Sundays. But, this past Sunday she needed my attention. As the pastor, I spend two minutes or so reading a passage from the Bible about prayer, and then I make a few brief comments before we pray. Well, that’s when she needed me. I’m was trying to talk to our people about prayer and she kept tapping me on the shoulder saying, “Daddy.” The first time I stopped, leaned over, and said, “I can’t talk right now.” The next time I didn’t want to interrupt what I was saying so I just kept talking and held my index finger up - you know, the international sign for “wait just a minute.” I think my oldest daughter sitting on the other side of her eventually got her to stop calling my name while I finished up.
But, after that, while we were praying, I was struck with the reality of my limited human capacity as a pastor and father compared to how God listens to his children. I couldn’t listen to her, respond to her, and share God’s Word with God’s people all at the same time. I’m limited. I can only have my attention and my words going in one direction at any given time. But, that’s not the case with our loving Father. He never holds up an index finger saying, “You’re going to have to wait just a minute.”
He listens to the prayers of a billion, while working in the hearts of millions, and upholding the universe. All at the same time. And the attention he gives isn’t scattered but fully present. He listens to me, and all who come to him in prayer, just as intently as an adult squatting down to give a child his or her full attention. God’s busy, he has a universe to rule and care for, but he’s never too busy for you or me.
That’s what the gospel teaches us. When Romans 8:32 says, “He who did not spare his own Son but gave him up for us all, how will he not also with him graciously give us all things?” The “all things” includes attention to our prayers. God didn’t give the life of Jesus, adopt us as his children, and then move on to other things. We belong to him, he is infinitely capable of listening, and he’ll never tell us he doesn’t have time or attention to give us. So, go to him - always. Or as Paul says in 1 Thessalonians 5:17, “Pray without ceasing.”

Posted by JonathanRBrooks at 12:40 PM No comments: