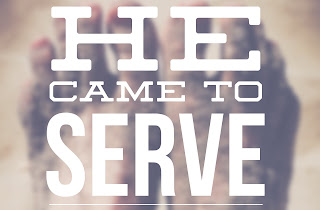 For even the Son of Man came not to be served but to serve,
and to give his life as a ransom for many.”
(Mark 10:45 ESV)

It's hard to wrap our minds around, but that's the astonishing truth of the gospel.  Jesus came to earth and took on flesh so that he could serve us by giving his life in our place.  And, let's make no mistake about it, Jesus' life was not taken from him.  He gave it up. "No one takes it from me, but I lay it down of my own accord. I have authority to lay it down, and I have authority to take it up again. This charge I have received from my Father" (John 10:18).

The baby lying in the manger came to serve you by giving his life in place of yours, so that you might live for all eternity.

Posted by JonathanRBrooks at 12:05 PM