Advent Day 1: Jesus Came to Crush the Head of Satan 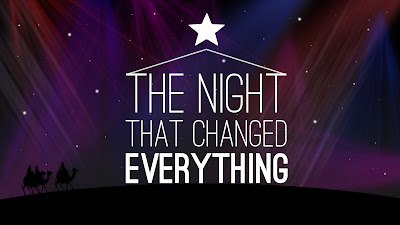 
On the sixth day of creation, God made Adam and Eve.  They were created to worship God, enjoy his creation, care for his creation, and multiply and fill the earth.  God provided abundantly for all of their needs.  He created the garden of Eden, placed Adam in it and created Eve to join him.  God told them that the fruit trees in the garden were for them.  They could feast on all the trees, except one.  Adam wasn't told why or given any kind of reason.  God simply said don't eat from the Tree of the Knowledge of Good and Evil.

But, one day Eve decided to listen to someone else.  In Genesis 3 the serpent, who we know as Satan, began to twist the words of God and convince her that God was keeping something good from her that she should have.  After all, why wouldn't you want to be wise and know good and evil, she thought.  So, she took some of the fruit from the forbidden tree and then gave some to her husband.

Immediately their eyes were opened, they realized their sin and that they were exposed before God.  They tried to run and hide from God, but it was of no use.  When he approaches them, he asks them to tell him what they did.  And, after they answered him, he doesn't address Adam and Eve first.  Instead, he turns his attention to this devious and deceptive serpent and part of what he said to him was, "I will put enmity between you and the woman, and between your offspring and her offspring; he shall bruise your head, and you shall bruise his heel" Gen. 3:15.

As the Scriptures move forward through thousands of years we track with this promised, head crushing, offspring of Eve through Seth, Noah, Abraham, Isaac, Jacob, Judah, and King David.
Then, when we turn to Matthew 1 we find out that Joseph was a descendant of King David, tracing his line all the way back to Jacob, Isaac, Abraham, Noah, and Adam and Eve, making Jesus a descendant of King David.   Jesus is the long awaited promised offspring from Genesis 3:15.  And, we know that he has a job to do: he must crush the head of Satan.

But, he doesn't crush it in the way anyone would expect with a powerful military victory or a physical fight.  In fact, Jesus doesn't appear victorious at all. He died on a cross. But, on the cross, Jesus crushes any hope of victory that Satan had by bearing the condemnation for the sin of all of God's people.  None of them would be cut off from eternity by his cunning deception.  He crushed the head of Satan by allowing his own body to be beaten and crucified.  But, when he rose from the grave, Satan took his position under his heel.
Posted by JonathanRBrooks at 5:12 PM