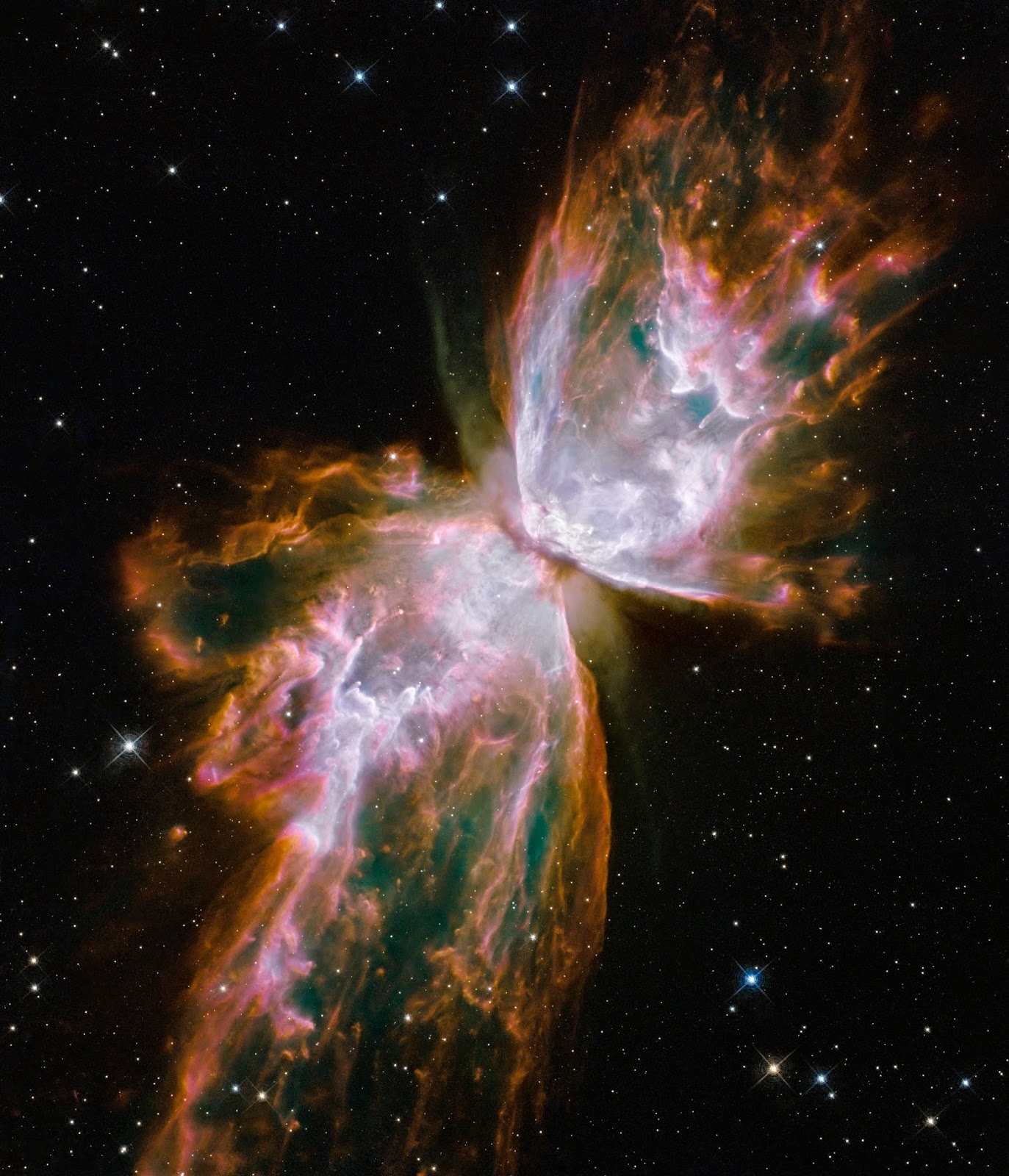 Written in response to statements made in NASA's recent panel discussion titled Water in the Universe.

Many Christians don't trust science.  That's unfortunate, because Christians should view science as a gift of God by which we make incredible discoveries about His world.  We can worship God as we discover the intricacies of a flower or the majestic power of a solar flare.  We can relieve suffering through medical technology and advancements in creating clean water.  As Christians, we should not deny the good that science has brought to our world.  It's something for which we should thank God.
I'm thankful for science and I'm thankful for most of the work NASA is doing.  For example, we have all benefited from the marvels shown to us by the Hubble Telescope.  What an amazing, awe-inspiring universe we live in.  Thank you for pulling back the curtain on the universe!

Psalm 19 tells us that the glory of God can be seen both in creation and through his Word.  I'm thankful NASA has helped us see more of God's handiwork.

Having said that, I think non-Christian scientists are often baffled when Christians doubt their scientific findings; whether it be questions about evolution, the age of the earth, the fossil record, or other similar issues.

While we could have a whole other conversation about those issues, the main point I want to make is this: declaring your bias up front doesn't help your cause.  Maybe my memory is foggy and maybe I don't have a grasp of the modern scientific process.  But, my elementary understanding of the scientific method is I first make a hypothesis, then create a way to test my hypothesis, then I observe the data objectively and decide if it confirms or conflicts with my hypothesis.

NASA has a hypothesis - there is life of some kind on either other planets, moons, asteroids, or other space objects.  NASA is currently testing that hypothesis and observing the data, I hope, objectively.  But, the latest statements from your panel discussion make me doubt it.  It sounds like the conclusion has already been decided.  You said,  "I think we're going to have strong indications of life beyond Earth within a decade, and I think we're going to have definitive evidence within 20 to 30 years."

That doesn't sound like objective observation to me.  It sounds like: "we know that life exists somewhere out there, we just haven't found it yet and need a little more time to implement our technology."  Maybe the word "think" was carefully chosen in that sentence and it was just a restatement of a hypothesis that already exists.  But, on the surface, it makes it sound like you've already decided.  And, because of your position as Chief Scientist it places unintended pressure on those who work for you to discover what you have already declared to be.  This kind of bias creates distrust and can drive the wedge further between religion and scientific discovery; a wedge that doesn't need to exist.

Posted by JonathanRBrooks at 2:59 PM